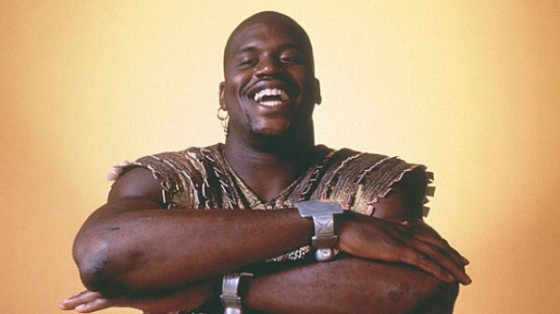 I don’t know how it happened, but there was a time in the mid 90’s when society let Shaq do whatever he wanted, whether it was starring in one of the worst video games of all time to starring in terrible movies like Steel to rapping.  Kazaam combined the latter two into a hilarious disasterpiece.  Shaq stars as the titular Kazaam, who is a genie who lives in a boombox and gives all his dialogue in rhyming/rapping fashion.  The scene that we’re highlighting today sets up final act of the film, as the young hero, and Kazaam’s new owner, Max finds his deadbeat dad, who takes him to his underground nightclub.  Kazaam is called out by ladies on stage and breaks out into an off the cuff rap that lands him a record deal and also gets the attention of the movie’s villain.  Much like Cool as Ice before it, the scene is hilariously awful and features the awful attempt at catchphrase, “Let’s Green Egg and Ham it”.  Check it out below.

Musical Montage: Guns N Roses “You Could Be Mine”