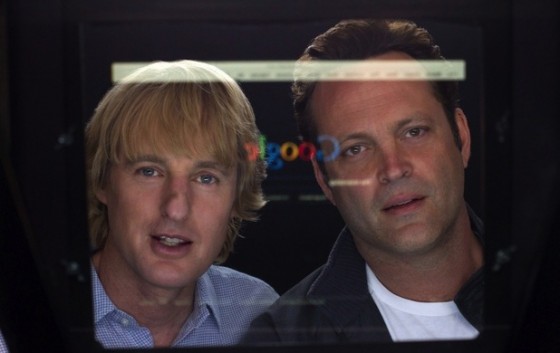 Vince Vaughn and Owen Wilson are teaming up again, this time instead of trying to score chicks at weddings, they are trying to score a cushy job at Google.  After their sales business goes under, Vaughn and Wilson manage to get into a group of interns who will be training/competing at Google’s HQ for a job.  Along with the standard tasks you would expect at Google, like tracking down programming bugs, it appears there are a bunch of team building physical challenges as well.  The jokes seem mostly around the fact that everyone but Vaughn and Wilson are in their 20’s but it also seems like it’s kind of a throwback to 80’s movies with Vaughn and Wilson being on an underdog nerd team.  It looks like it could be pretty funny but I’m wondering if maybe it should have come out closer to The Social Network and if it might have missed the boat a little.  It’s coming out in June and you can check out the trailer below.