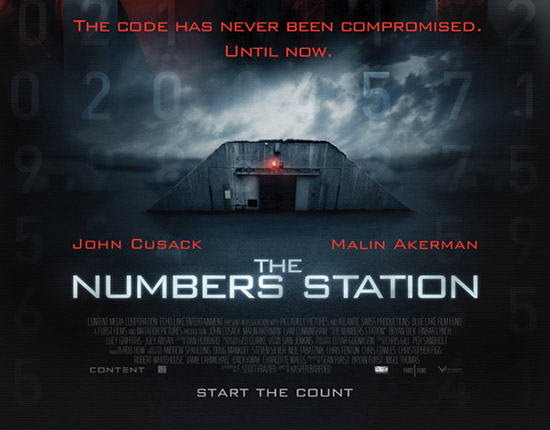 One of the biggest sources of conspiracy theories since World War II is the idea of “numbers stations” that are picked up ham radio operators and are believed to be everything from Soviet sleeper agent activators to CIA assignments to cursed lottery numbers.  Taking the CIA theory is the latest John Cusack thriller, The Numbers Station.  Cusack plays a CIA agent assigned to watch over the operator of one of the titular stations, played by Malin Ackerman, and the two have to go on the defensive when the station is attacked.  Their only hope of survival is to crack the code of the numbers and figure out who wants them dead and why.  It looks like a solid thriller in the vein of Safe House but we’ve seen so many crazy stories about these supposed stations, most notably Lost and Call of Duty: Black Ops, that this may seem kind of boring in comparision.  The movie is out in April and you can check out the trailer below.