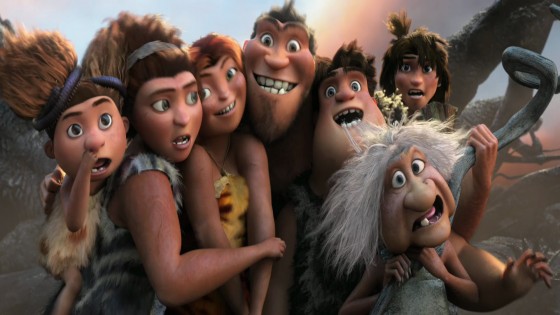 The Croods easily dominated the box office this weekend as the first major animated movie of the year and also the first Dreamworks movie of the year.  In terms of Dreamworks, it was definitely at the higher end of the opening scale with $44.7 million, right between How to Train Your Dragon’s $43.7 and Megamind’s $46 million.  How to Train Your Dragon had a very long tail (no pun intended) at the box office and eventually made over $216 million.  The Croods has been getting good reviews and a good audience reaction, so it could potentially get near that level, especially since there’s not really another big animated movie till the Summer season starts.  Olympus has Fallen also had a great opening, easily becoming the highest opening action movie of the year with $30.5 million.  Oz the Great and Powerful dropped to third against the direct competition of The Croods and brought in another $22 million while The Call made another $8.7 million.  Rounding out the top 5 was the Tina Fey/Paul Rudd romantic comedy Admission, which made $6.4 million, one of the worst openings ever for both it’s stars.  Moving into wide release over the weekend was the controversial Spring Breakers, which made $5 million in about a 1,000 theaters.  Nothing else really moved too much on charts, just sliding down to accommodate the new releases.