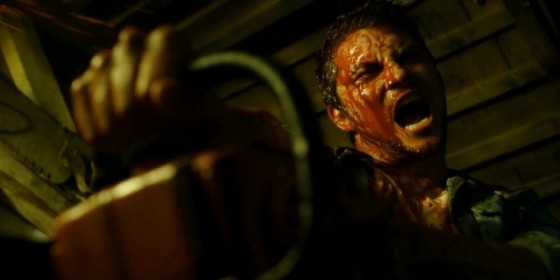 This weekend audience’s had a taste for blood as the goretastic remake of Evil Dead was the top movie at the box office this weekend.  The movie made $26 million, putting it tenth in terms of horror remakes between Rob Zombie’s Halloween and The Amityville Horror remake.  It’s not the best horror opening of the year though, that goes to Mama with $28.4 million and that movie had the added benefit of being PG-13 as opposed to Evil Dead’s hard R.  GI Joe moved down to second place with another $20.8 million, just barely beating The Croods with $20.6 million.  Fourth place went to Jurassic Park 3D with $18.6 million, putting it at the upper end of the recent 3D re-releases.  Olympus Has Fallen rounded out the top 5 with $10.1 million.  Nothing else really moved too drastically.