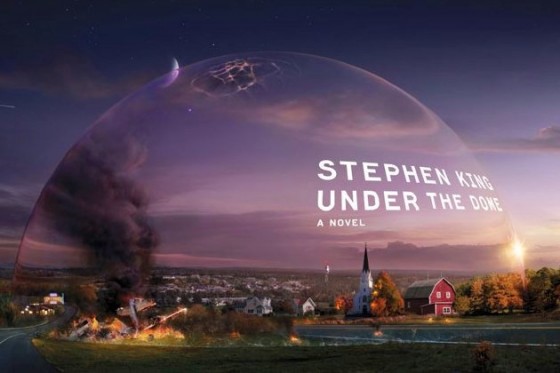 Summer was historically an absolute dead zone for TV as the network seasons wrap up in May but in recent years, networks like USA, AMC and TNT have made TV a year round obsession.  CBS is stepping up this summer with a mini series based on the Stephen King novel, Under the Dome.  The book follows the residents of a small town in Maine who awaken to find a mysterious, dome shaped, force field has enveloped the town and cut them off from the outside.  Things quickly escalate as fear and panic sets in.  A more humorous version of the story was done in The Simpsons Movie.  Mike Vogel, of Cloverfield, The Help and The Texas Chainsaw Massacre, is starring as mysterious Army veteran Dale Barbara, in town on a mysterious assignment.  The series is produced by comic legend Brian K Vaughn and will debut in June.  Check out a promo for the show below.