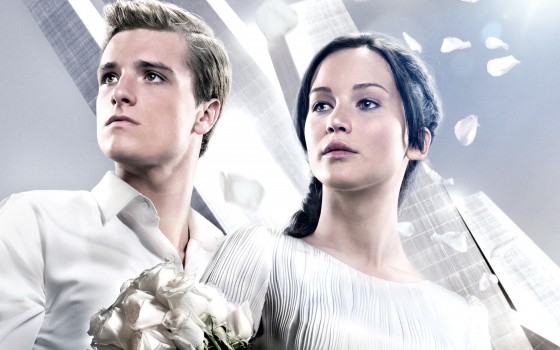 The first Hunger Games movie was super successful box office, critically and adaptation wise and the next chapter in the trilogy, should be even bigger now that Jennifer Lawrence is an academy award winner.  Catching Fire picks up shortly after the events of The Hunger Games, with Katniss (Lawrence) and Peeta (Josh Hutcherson) forced on a government sponsored tour of the districts as the co-winners of the Games.  A threatening visit from President Snow (Donald Sutherland) makes it clear to Katniss that if she does anything to incite rebellion in the districts, she, her family and anyone she cares about will be taken out with extreme prejudice.  Catching Fire is, I think, widely considered the lesser one of the trilogy but it did have some good moments, especially in the back half of the book, and it introduces a bunch of new, interesting characters.  In the film, it looks like the most interesting new character will be Phillip Seymour Hoffman as Plutarch Heavensbee, the new Gamemaster.  The movie is out in November and you can check out the trailer below.