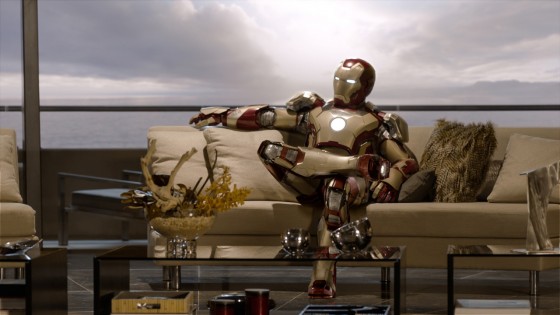 Phase II of the Marvel Cinematic Universe kicked off to an incredible start as Iron Man 3 had the second highest opening in history, only trailing behind The Avengers.  The movie made a ridiculous $175.3 million over the weekend, over $50 million up from Iron Man 2.  The movie has also done incredible overseas and is definitely on track to make over $1 billion.  Way, way back in second place was Pain & Gain, which only made another $7.6 million and put the movie at $33.9 million, which is profitable but definitely way off for a Bay movie.  42 remained in third with $6.2 million while Oblivion fell to fourth with $5.8 million.  The Croods rounded out the top 5 with $4.2 million.  The Big Wedding continues to bomb, dropping from fourth to sixth with $3.8 million.  Mud, starring Matthew McCoughney, opened wide this weekend and made $2.1 million in about 576 theaters.  The last bit of movement came from Oz, which had a slight resurgence and went from thirteenth back up to eighth this week with $1.8 million.