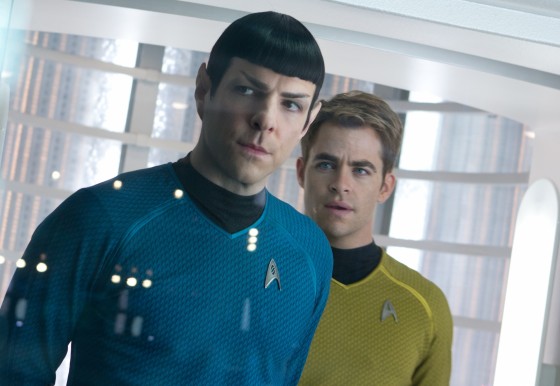 Star Trek Into Darkness took the top spot at the box office this weekend with $70.6 million and $84.1 with the midnight and extra day open.  It’s pretty much on par with the first Star Trek but might be considered a bit of a disappointment by Paramount, who were expecting a $100+ opening from the movie.  In second place, Iron Man 3 has cracked the $1 billion worldwide gross barrier and made another $35 million, putting it over $337 million domestically.  The Great Gatsby dropped to third with $23.4 million and Pain & Gain and The Croods rouned out the top 5.  Peeples plummeted to almost out of the top 10 in it’s second week out, going from fourth to ninth with only $2.2 million.  There is heavy competition this coming weekend from Fast & Furious 6 and Hangover Part III and Epic could also potentially pull in a bunch of families, so expect a shake up of the top of the charts.