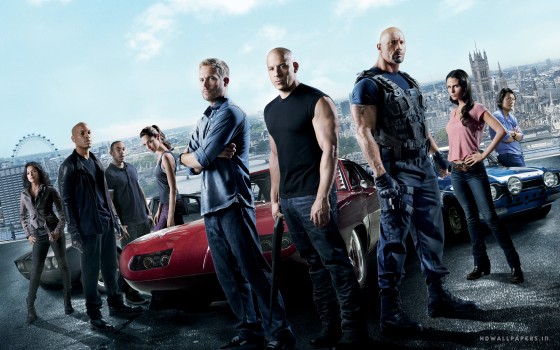 The Fast & Furious franchise had never been stronger while The Hangover series ends with a whimper at the box office this past weekend.  Fast & Furious 6 made over $120 million, putting it at least $30 million over the movie the revitalized the series, Fast 5.  With no strong competition till possibly Man of Steel, Fast & Furious 6 could probably hold on to the top spot for at least another week or two.  The Hangover Part III didn’t even make half of what F&F 6 made and was almost $70 million down from the opening of Part II.  The bad taste left by Part II and most of the audience opting for F&F6 probably means this is the end of series.  Star Trek Into Darkness brought in another $37.3 million and is pretty much on the exact same path as 2009’s Star Trek, in terms of earnings.  Fourth place went to Epic, the latest animated feature from Fox Animation, which made $33.5 million and was right around Rio but still nowhere near any of the Ice Age movies.  Iron Man 3 rounded out the top 5.  The only other big move was Pain & Gain, plummeting from fourth place to eleventh.