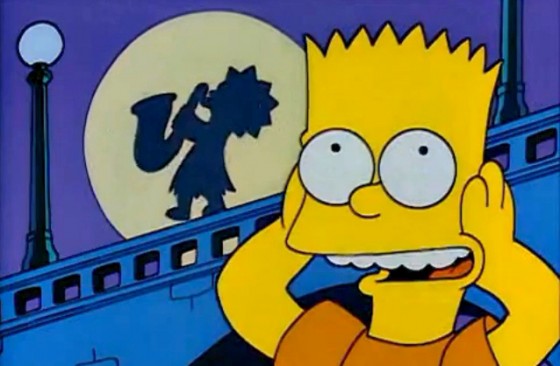 At the peak of The Simpsons total domination of all aspects of pop culture in the early 90’s, one of their biggest fans, Michael Jackson told the producers he wanted to write number one single for Bart and thus, “Do the Bartman” was born.  The lead track on The Simpsons Sing the Blues album in the US, it was number one globally and was heavily featured on MTV.  Jackson would guest on the show a short time later as “himself”.  One more bit of trivia is that Brad Bird directed the music video, before going on to Iron Giant, Pixar and Mission Impossible: Ghost Protocol.  So if you got the notion and are moving your body in a rock like motion, check out the music video below.