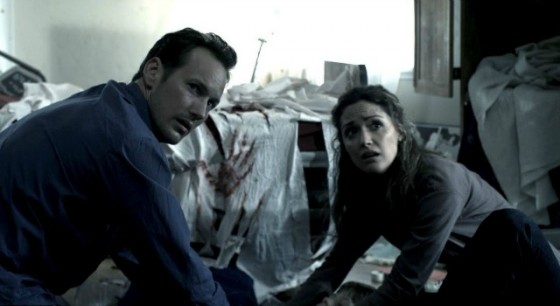 There have been at least half a dozen or so horror movies “from the minds behind Paranormal Activity” in the last couple years and easily one of the most successful and well received was Insidious, which followed Josh and Renai Lambert as they tried to figure out what put their son, Dalton, into a coma and eventually discover a bizarre dimension called “The Further” that was inhabited by demonic forces.  The first film ended on a big twist and the sequel seems to pick up afterwards, with the Lamberts still targets of demons and going further into the other dimension to find some way to stop them.  All the original cast is back, like Patrick Wilson, Rose Byrne and Barbara Hershey and James Wan is back directing.  The movie is out this September (Friday the 13th!) and you can check out the trailer below.

The Warrens Head to the UK for The Conjuring 2 (Trailer)