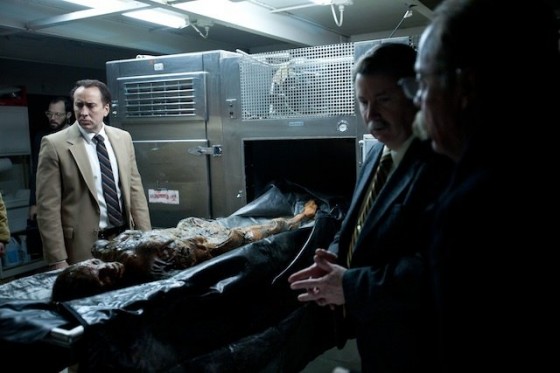 In the last few years, Nicolas Cage and John Cusack have been in a battle to see who is the master of, hilariously bad, Direct to DVD movies but now both of them are in what looks like it could be a legitimately good crime thriller in The Frozen Ground.  Cage plays an Alaskan detective who is trying to catch a serial killer who is killing young girls and he finally gets a break when a prostitute (played by Vanessa Hudgens) who was almost his latest victim escapes and gives the police a suspect, Robert Hansen (Cusack).  Only Cage wants to pursue the lead, as the rest of the force doesn’t believe the upstanding citizen accused is a killer.  Cusack looks like he will be pretty creepy and Nicolas Cage looks like he’s actually acting, so it definitely seems like it’s worth checking out.  It’s out in August in theaters and VOD and you can check out the trailer below.