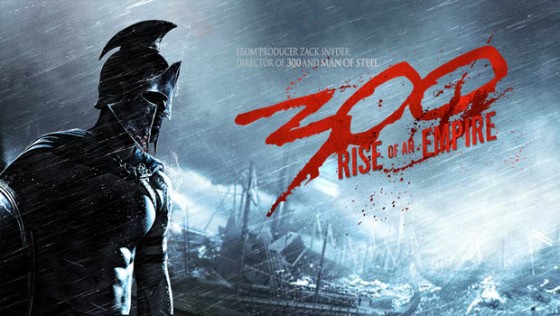 300 was a pretty major cultural phenomenon when it came out with Gerard Butler becoming an action star and Zack Snyder becoming a “visionary” director.  For the sequel, Zack Snyder is only producing and there’s no Gerard Butler but it looks like it will have most of the other elements that people loved about the original, like slo-mo and Sparta kicks.  The movie is sort of a sidequel/sequel to the original, as it details the sea battle that the Greek and Persian navies waged while Leonidas made his stand and also follows the fall of Leonidas as Greece unites for a counter attack against Xerxes.  Eva Green co-stars as Xerxes’ naval commander, Artemisia, and Sullivan Stapleton, of Cinemax’s Strike Back, stars as the Leonidas stand in, Themistocles.  Rodrigo Santoro returns as Xerxes and Lean Headey is also back as Queen Gorgo.  The movie got bumped from this Summer to March of next year and you can check out the trailer below.

The Two Faces of January Trailer