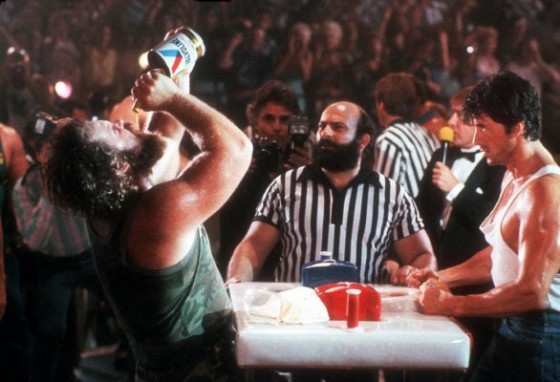 For the latest Everything Action Commentary, Zach, Chris and Joe decide to celebrate the upcoming Father’s Day holiday by watching the father/son drama of Over the Top.  Starring Sly Stallone as trucker/arm wrestler Lincoln Hawk (or Hawks depending on who you ask), he tries to rebuild his relationship with with snotty, spoiled son Michael at the behest of his dying wife (ex-wife?) while his father in law, JC Cutler, tries everything in his power to get Michael back, including sending thugs out to kidnap him.  The guys try to figure out what exactly is Lincoln’s last name, the rules of a double elimination arm wrestling championship, the healing powers of Kenny Loggins and why the hell Robert Loggia hates Stallone so much.  You can watch the movie on Netflix or Amazon Instant Video or you can get a disc or download version, sync it up and watch along with us.