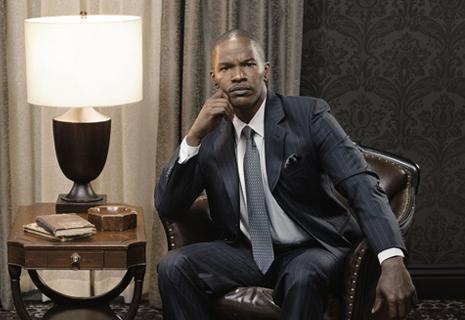 Since he’s playing the leader of the free world this weekend in “White House Down”, for Musical Montage we have the music video for Jamie Foxx’s song, “Extravaganza”.  The year after winning massive critical acclaim for Ray, Foxx put out the album “Unpredictable”, his second album at the time and Extravaganza was the single.  The song is an Usheresque song about Foxx and his boys going out to a bar, drinking way too much and Foxx ends up at a hotel with a girl for a “one night Extravaganza”.  The music video takes a slightly more sinister take on the song with police investigating the hotel the next morning and Jamie may be a murderer or something.  Check it out below.