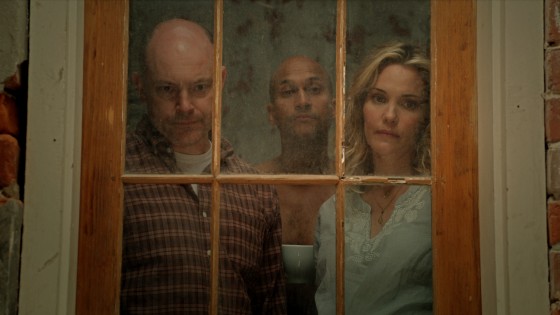 Robert Ben Garant and Tom Lennon, the guys behind Reno 911 and a bunch of movies, are back writing, directing and co-starring in the horror comedy, Hell Baby.  Rob Corddry and Leslie Bibb play a couple with a baby on the way who move into a creepy New Orleans house that seems to have demonic and ghostly powers at work.  Garant and Lennon play a pair of priests dispatched by the Vatican to stop the demon baby from being born.  There’s a ton of other comedic actors in the movie like Paul Scheer, Rob Huebel, Riki Lindhome, Keegan Michael Key, Michael Ian Black and Kumail Nanjani to name a few.  The movie was making it’s way around the various festivals earlier this year and will hopefully have some sort of theatrical or VOD release sometime later this year.  Check out the trailer below.

Chance the Rapper Investigates the Paranormal in Slice (Trailer)

Key & Peele are Back with Keanu (Trailer)