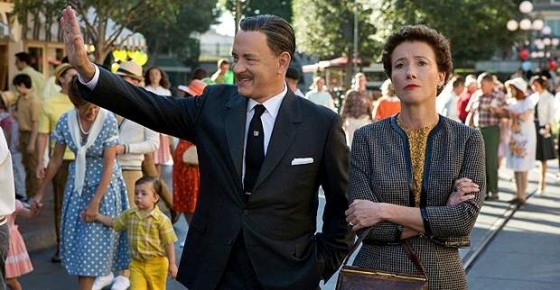 Mary Poppins is one of the all time Disney classics but it apparently almost never got made according to the upcoming movie, Saving Mr. Banks.  Emma Thompson plays the author of the original story, P.L. Travers, who heads to Hollywood to oversee the adaptation by Disney and pushes back about seemingly everything, much to the chagrin of Walt Disney (Tom Hanks) and the writers.  Walt eventually learns how personal the story is to Travers and everything apparently came together in the end to create the movie.  I think the main appeal for us would be to see Hanks portrayal of Disney and the 60’s Hollywood process.  It’s out in December and you can check out the trailer below.