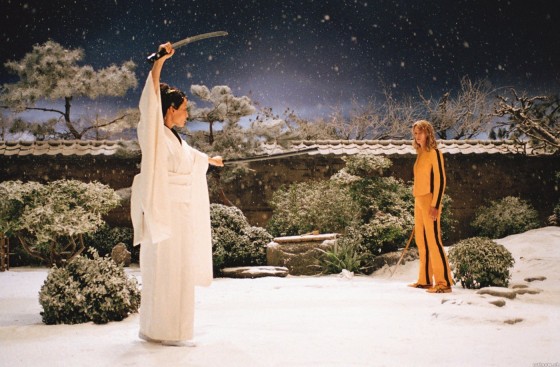 Tarantino’s homages to kung fu movies and grindhouse movies are the subject of this week’s Musical Montage.  Kill Bill is probably the more significant, music wise, as it brought “Battle without Honor or Humanity” to the public consciousness but Death Proof had a bunch of obscure 70’s rock songs, many of which are super upbeat that particularly contrast the awful violence happening on screen.

“Battle Without Honor or Humanity” by Tomoyasu Hotei

“The Grand Duel” by Luis Bacalov

“Down in Mexico” by The Coasters