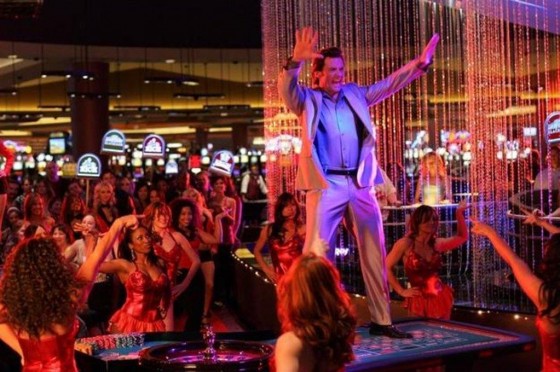 Back in 2007, CBS decided to conduct a grand experiment and unleashed the drama/mystery/musical Viva Laughlin on an unsuspecting public.  The show only aired two episodes before being cancelled and it starred Lloyd Owen as Ripley Holden as a struggling casino owner who is trying to develop a major new casino when he loses his funding and has to go to his successful rival Nicky Fontana, played by Hugh Jackman, in order to try and get the money to finish it.  Apparently there was going to be some sort of plot where Nicky may have killed Ripley’s business partner and left him in one of Ripley’s other casinos in order to frame him and get the new casino for himself.  All of that plot couldn’t matter less though because the only reason to watch this car crash of a show was the insane musical moments where the actors would just burst into song for absolutely no reason.  Even stranger, the original song, with vocals, would be playing, so the actors would be fighting to sing against the actual version of the song.  You can see Hugh Jackman singing “Sympathy for the Devil”  below along with the only reason anyone should have know about this show, seeing it on The Soup.

Musical Montage: “Party All the Time” by Eddie Murphy