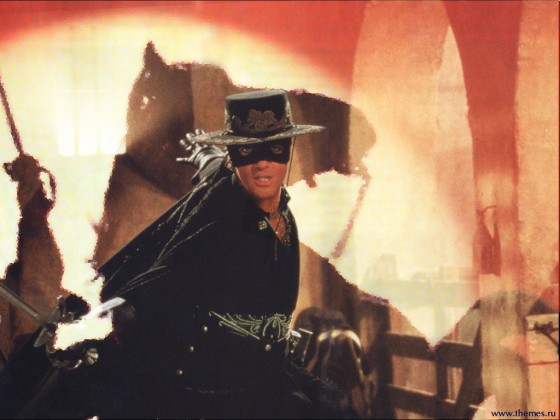 In the mid to late 90’s, there was a trend of bringing back classic pulp heroes to the big screen with characters like The Phantom, The Shadow and, arguably the best of the bunch, The Mask of Zorro.  Antonio Banderas takes on the mask and sword of the Mexican hero after training with the original Zorro, played by Anthony Hopkins and sets out to get revenge for his brother and stop a plot to take over California by the evil Don Montero.  Catherine Zeta-Jones co-stars as Elena Montero and this is the movie that put both her and Banderas on the map.  It’s a super fun action/adventure with tons of swashbuckling sword fights, campy one-liners and some great set pieces.  The whole movie is available below, thanks to Crackle.

From Crackle: The Mask of Zorro
Share on FacebookShare on TwitterShare on Linkedin