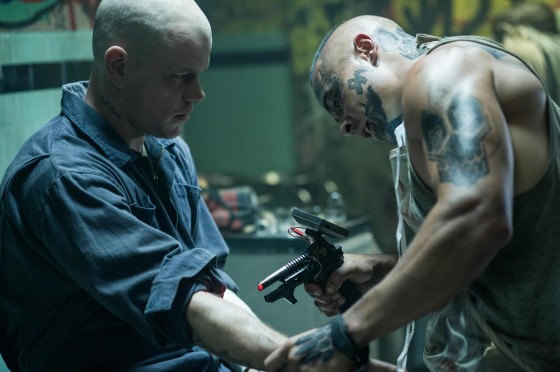 With over triple the budget and actual star power, Elysium still wasn’t able to top it’s predecessor’s, District 9, opening weekend.  The movie took the top spot with $30.4 million while District 9 made $37.4.  District 9 was critically beloved as well, while reactions to Elysium were much more mixed.  It is Matt Damon’s best debut weekend outside of the Bourne series.  We’re the Millers took second place with a very good $26.5 million, not the best opening of the year for a comedy but compared to other big R rated comedies that came out in August, like Tropic Thunder and Pineapple Express, it was better.  The movie made $38 million in total, as it came out on Wednesday.  Also out on Wednesday was Percy Jackson: Sea of Monsters, bombed with only $23.6 million for it’s five days out, putting it in fourth, way down from The Lightning Thief’s take, which already wasn’t great.  Planes took third with $22.5 million, nowhere near either Cars opening but OK for an August family movie and especially for a movie that was supposed to go straight to DVD.  2 Guns rounded out the top 5 with $11.1 million.  Nothing else really moved too far up or down.  There’s another four movies out this weekend so most of the hold outs will probably be pushed out of the top 10.