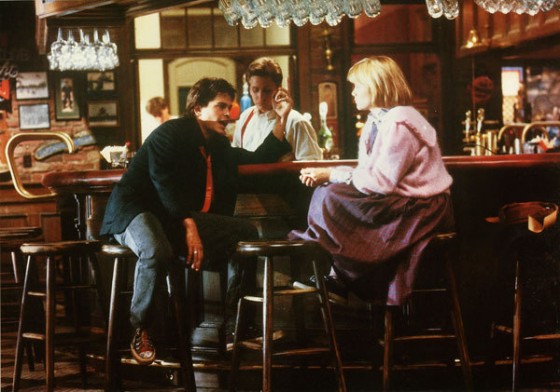 Maybe the culmination of all things Brat Pack, St. Elmo’s Fire (directed by Joel Schumacher of all people) follows seven friends who attended Georgetown University together and are now trying to adjust to post-college life while continuing to get together at their college bar, St. Elmo’s Fire.  The theme song, by John Parr, was originally written for Canadian athlete Rick Hansen, who was doing a tour across the world in his wheelchair to raise awareness for spinal cord injuries.  Parr tossed in the “St. Elmo’s Fire” line during the chorus and the song became a massive hit, hitting number one on Billboard charts when it debuted.  The music video features Parr being watched by the extremely depressed cast, which includes Emilio Estevez, Rob Lowe, Demi Moore, Judd Nelson, Ally Sheedy and Andrew McCarthy.  Check it out below.