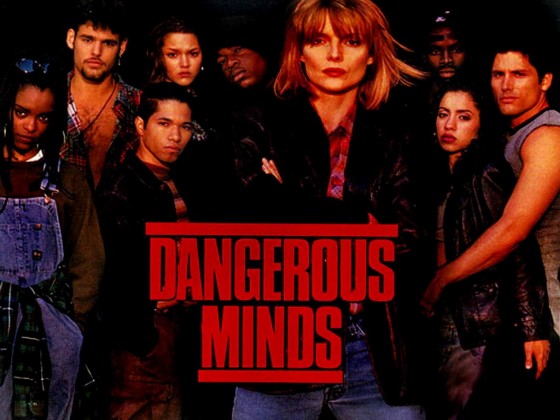 There was a weird trend in the early to mid 90’s in dramas where Hollywood became obsessed with teachers coming in and shaking up the world of inner city schools with Edward James Olmos trying to “reach these keeeds!” in Stand and Deliver and Michelle Pfeiffer, as former Marine LouAnne Johnson trying to teach English to the ruffians of Parkmount High School in Dangerous Minds.  The movie is kind of a “Forgotbuster” to use the phrase coined by Nathan Rabin on The Dissolve as it was a big box office hit when it came out but was immediately forgotten except for one thing, it’s theme song by Coolio, “Gangsta’s Paradise”.  The music video is below, which features Pfeiffer herself heading into Coolio’s school/prison headquarters and getting rapped at about social issues by Coolio and a very sweaty fat man (who I’m assuming is rapper L.V.)

Musical Montage: Paul Engemann “Push it to the Limit”