Last week, two movies made their way to DVD/Blu Ray, both dealing with the NYC/NJ mob activities of the 70’s and 80’s.  One is a gripping and intense bio of one of the most dangerous and prolific killers in history and the other is a bland heist movie based on the third largest heist in US history.

First up, the latter, Empire State 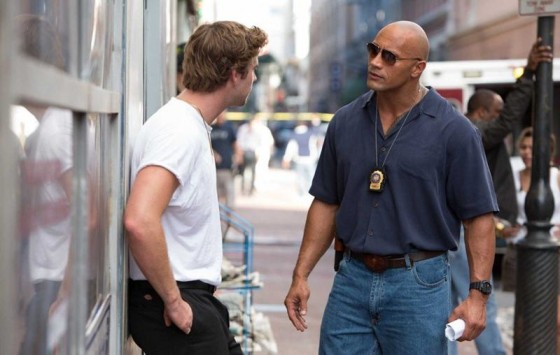 Liam Hemsworth stars as Chris Potamitis, son of a Greek immigrant who is trying to get into the police academy but, due to a past incident with his friend Eddie, gets rejected and is forced into the less prestigious job of an armed guard for Empire State Armored Trucks.  The lax security and attitudes of the company prove incredibly tempting to Chris, who initially steals a bag of money but word gets around to the local Greek mob, who want an even bigger score.  The Rock co-stars as Detective James Ransome, who is called about the various attempted heists at Empire.

The main problem with the movie is that Liam Hemsworth is incredibly bland in the role and events just play out linearly and without any flair.  Chris doesn’t seem to have any sense of agency in the events that are happening to him.  Things happen around him but you never get a feel for why he wants the money or how it affects him.  The movie also spends all of it’s time with Chris, I think it would have been much stronger if maybe half of the time was spent with Chris and seeing him planning and struggling with whether or not he should take the money and the other half spent with The Rock and him investigating.   The Rock saves any lack of charisma coming from Liam Hemsworth and even though he’s front and center on the Empire State box art, he’s in it for way too short of a time and doesn’t become a major factor till the last 45 minutes or so.

Empire State kind of has the opposite problem of The Rock’s other “based on true events” crime thriller from this year, Pain & Gain.  Pain & Gain was loud, offensive and covered the actual, interesting true story in awful characters and terrible attempts at humor.  Empire State tells the story in the most boring and straightforward way possible going from A to B to C with no creative twists or style.  It does attempt to capture the look and feel of NYC in the 80’s with the cars, buildings and clothing though.  The actual crime Empire State is based on actually took place in California at Dunbar Armored Car, so they could have taken some liberties with the story and made it more exciting or interesting.  It ends on a very anticlimactic note after a serviceable crime/heist story but it may be worth a rent if you’re a fan of The Rock, as it’s better than both Snitch and Pain & Gain, both of which actually came out in theaters. 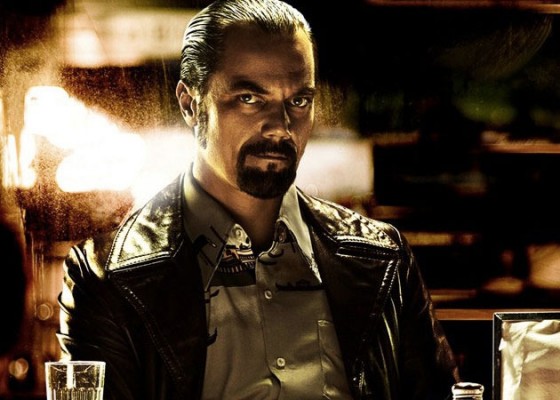 Bland and uninteresting are definitely not words you would use to describe the other mob themed crime movie that hit DVD last week, The Iceman.

Michael Shannon turns in another incredible, intense peformance as Richard Kulkinski, one of the most prolific and ruthless killers in history.  It’s not known exactly how many men Kulkinski killed but the number is somewhere between 100-250, depending on which source you are dealing with.  Shannon expertly channels the unflinching and ruthless nature of Kulkinski, taking out friends as easily as taking out bums on the street.  Ray Liotta matches Shannon’s intensity as mob boss Roy DeMeo, who plucks Kulkinski out of obscurity at a mob porn developing lab and sends him out to take out a wide swath of loan defaulters, rivals and more.  Chris Evans co-stars as Robert “Mr. Freezy”  Pronge, a fellow hitman who teaches Kulkinski about the various methods of using cyanide and helps him perfect his method of freezing bodies to hide time of death.  Winona Ryder rounds out the cast as Richard’s wife, Deborah, who has no inkling of Richard’s real job.

The grit and grime of 60’s, 70’s and 80’s NYC permeates every frame of The Iceman and each decade is reflected in the evolving clothing and hairstyles of the cast.  Toward the end of the movie, things feel a little rushed to get resolved as Kulkinski runs afoul of his mob bosses and tries to take out everyone before they take out him or his family.  I would have liked to have seen a little more about his relationship with Pronge, as Chris Evans is a lot of fun and the complete opposite of what we’ve seen recently from him as Steve Rogers.  I would have also liked to have seen more of what he did to hide the fact that he was killing people for a living from his family.  His wife just accepts that he’s gone from dubbing “Disney” movies to becoming a banking tycoon in the span of a few years.

There’s a lot of great assassination scenes in the movie, from Kulkinski’s first kill where he’s forced by Roy DeMeo to kill a random bum on the street to a wonderfully staged sequence in a disco where Kulkinski has to make his way onto the dance floor and take out a target with cyanide in aerosol form.  Kulkinski was infamous for using different methods for each of his kills and the movie does a great job to vary them up as well.

There have been reports that things may not have happened exactly as depicted in the movie, but there are a few actual documentaries and books about Kulkinski if you want an accurate, fact based look at the man.  If you want an intense, interesting cinematic look into the life of one history’s most notorious killers, then definitely check out The Iceman.