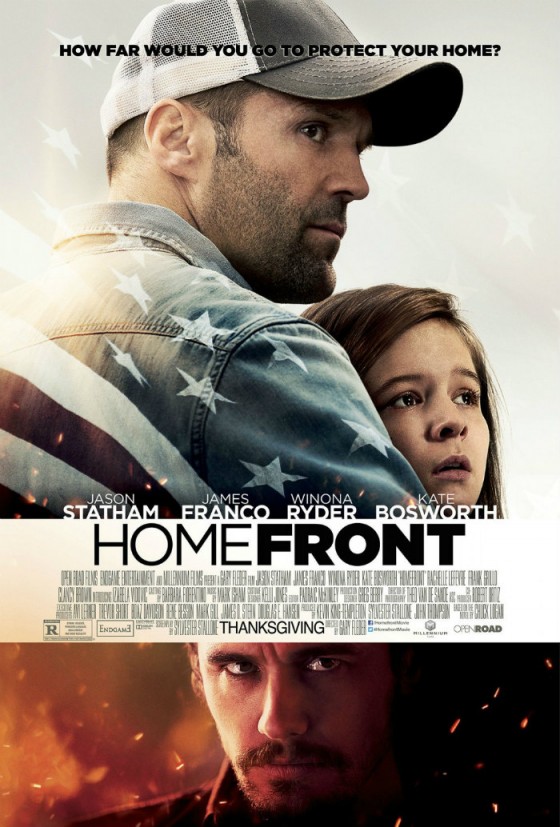 If you threw Justified, Breaking Bad, Spring Breakers and Taken into a blender and poured it into a Jason Statham shot glass, you might get something like the upcoming Homefront.  Written by Sly Stallone, and originally going to star him, Statham stars as former DEA Agent Phil Broker, who moves his daughter to a quiet Southern town that turns out to be the stomping ground of a ruthless meth dealer, Gator, played by James Franco.  Gator finds out about Broker’s past and targets him and his daughter, eventually ramping up to Broker’s daughter being kidnapped.  Winona Ryder, Rachelle LeFevre and Kate Bosworth co-star.  The pairing of Franco vs Statham is kind of ridiculous on paper but if it isn’t completely believable, it should at least be fun to watch.  The movie is out this Thanksgiving and you can check out the trailer below.