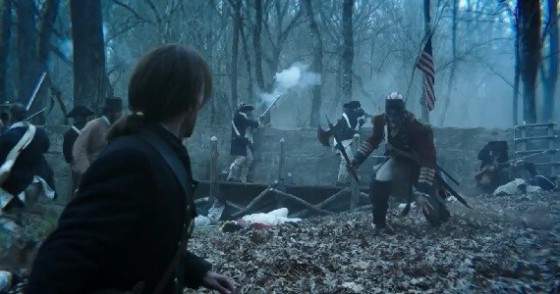 Coming into this TV season, Sleepy Hollow seemed like, at best, it was going to be awful but hilarious but, after watching the pilot, I’m happy to report that, while it’s completely batshit insane, it’s also super entertaining and fun.  Trying to describe the plot makes you sound like a mental patient but basically, Ichabod Crane was a secret agent for George Washington, sent to kill a specific British mercenary who is also apparently Death, one of the Four Horsemen of the Apocalpyse.  They both arrive in modern day Sleepy Hollow and Crane teams up with a local police Lieutenant while the Horseman loads up on weapons and is out to get his skull back and then start the Apocalypse.  There’s also witches, demons, magic, conspiracies and everything else you could possibly think to throw in; Every five minutes you think the show has gotten as crazy as it’s going to get but then tops itself.  You kind of just have to experience the madness for yourself, and you can below, thanks to Hulu.

Up to Speed: Sleepy Hollow Season 2