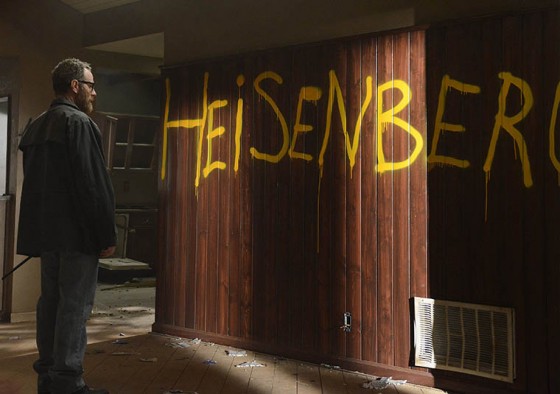 All we strive to do in life is reflected in the reactions of others. Most times, the things we do aren’t only to impress ourselves but to impress others as well. Perception is everything. Other people are the measuring stick that we put ourselves up to. Maybe that seems too vain, but there is truth to it.

For Walter White, the main thing that pains him is losing out on the ground level of Grey Matter. To see his close friend Elliot profit kills him. Years later, when its first revealed Walt has cancer, Walt refuses a job or any kind of help from Elliot. Walt’s pride gets in the way.

Stuck in the snowy mountains of New Hampshire, it’s Elliot and Gretchen’s appearance on Charlie Rose that ignites the final fire in the dying Walter White. He still has his money and his family may still be alive, but to see those two dismiss his kingpin status is the final insult. Rather than die in a shack in the middle of New England, he’s heading back to Albuquerque to finish things off.

Walt may have it bad but Jesse has it worse. Under lock and key of the neo-Nazis, he manages an escape that’s quickly thwarted. He defiantly announces he won’t be their slave anymore. Unfortunately, the Nazi’s hand is forced and Todd kills Andrea in front of Jesse. It hasn’t been a good time for Jesse lately.

Next week, all bad things come to an end. And while it seems like Walt, Jesse and Skyler’s predicament is set in stone (granite?), Walt is determined to change things. Even if it means him sacrificing himself.

Now We’re Cookin’… With Wishful Thinking: Am I the only one jonesing for a Walt snowy training montage ala Rocky IV?