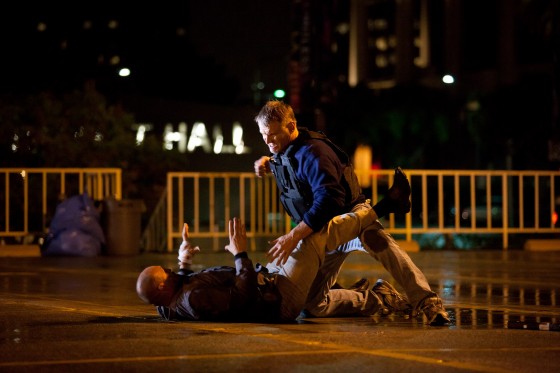 They’ve been on the same team in The Expendables but Dolph Lundgren and Randy Couture are going to be going head to head in the latest action movie from Anchor Bay, Ambushed.  Lundgren stars a highly decorated DEA agent, investigating a kingpin played by Vinnie Jones.  Couture is a dirty cop in Jones pocket who isn’t going to let his cash cow be taken down.  It looks solid and there should be at least one awesome fight between Lundgren and Couture in the movie, judging from the trailer.  We’ll actually have 2 copies to give away on the site here come November, so check back then for a chance to win.  The movie is out November 12th and you can check out the trailer below.