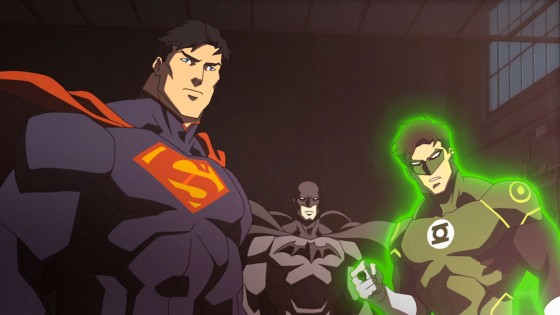 In the wake of two massive Marvel trailers, DC quietly released the trailer for their next animated movie, Justice League: War.  Teased at the end of The Flashpoint Paradox, War finds world’s greatest heroes joining together for the first time to take on an alien invasion led by Darkseid.  All the characters have new “New 52” inspired looks and different voice actors again with Jason O’Mara taking on Batman, Alan Tudyk as Superman, Justin Kirk as Hal Jordan, Michelle Monaghan as Wonder Woman, Sean Astin as Shazam  and Shemar Moore as Cyborg.  It should be out sometime next year and you can check out the trailer below.