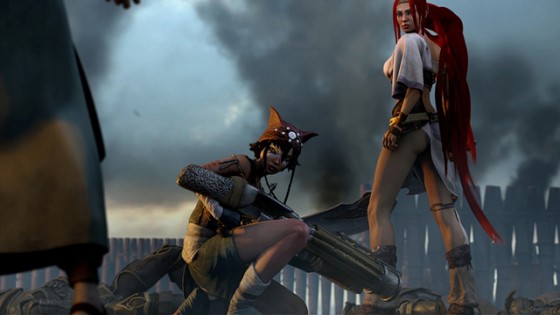 One of the early titles for the PS3, Heavenly Sword got high marks for it’s production values but was dinged for it’s generic gameplay.  It makes sense then that it’s making the jump to just a movie through a partnership between Sony and Blockade Entertainment.  The movie follows warrior Nariko as she uses the legendary Heavenly Sword to take down the armies of the ruthless King Bohan.  The movie seems like it will follow the plot of the game with Anna Torv taking on the role of Noriko, Alfred Molina playing Bohan and Thomas Jane playing Loki.  The movie is going to be out sometime in 2014, although it’s unclear whether it will be a theatrical release or be released direct to video.  Check out the trailer below.

Jumanji Goes Digital in Jumanji: Welcome to the Jungle (Trailer)