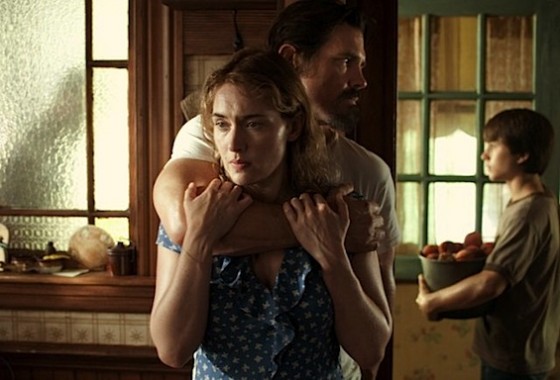 Jason Reitman has been delivering critically acclaimed dramedies for the last few years with Thank You for Smoking, Up in the Air, Young Adult and Juno (although personally that last one is one my most hated movies ever) but now he’s changing things up for the romantic thriller/drama(?) Labor Day.  Josh Brolin stars as a wounded escaped convict who takes a single mom (Kate Winslet) and her son hostage but as they learn more about Brolin’s history, things get more complicated between the trio.  The movie is out in limited release on Christmas Day and then will be out wide at the end of January 2014.  Check out the trailer below.