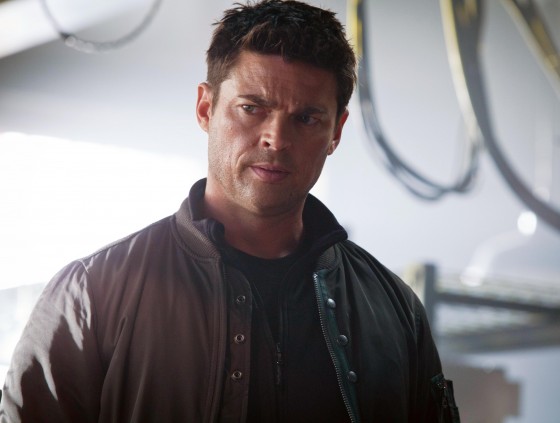 One of our favorite people here at Everything Action is Karl Urban, whether he’s riding for Rohan, fighting The Rock on Mars, plotting against Riddick or laying down the law in Mega City One.  Now Urban stars as John Kennex, a police officer in the year 2048 on Fox’s new show, Almost Human.  Combining the smooth, clean looking tech of Minority Report with the rampant crime and robotic police officers of Robocop, Almost Human follows John as he returns to the force after 2 years recovering from an ambush that killed his entire unit and left him with a robotic leg and too many questions.  He finds out that it’s now required for him to have a robotic partner with him on patrol but John resents the MXs as one abandoned him and his partner during the ambush.  John is given DRN or Dorian (Michael Ealy), an older robotic partner who replicates emotions and is able to be more intuitive than the logical, emotionless MXs.  Lili Taylor and Minka Kelly co-star.  The show has some great action and, coming from the creator of Fringe, also has tons cool looking tech and horrifying deaths.  The pilot is below and the second episode debuts tonight on Fox, check it out below.