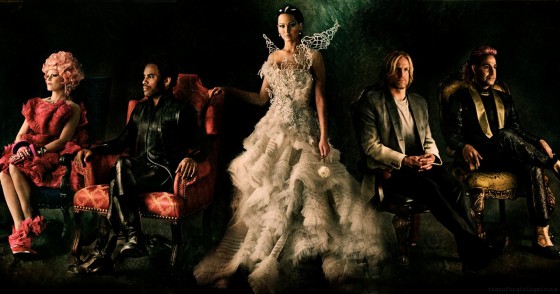 Shocking no one, The Hunger Games: Catching Fire had a ridiculously huge opening weekend with $161.1 million, setting all kinds of records, including best November opening ever and it could be the highest ever 2D only opening and the fourth highest opening of all time, if the estimates hold.  The Hunger Games opened to $152 million, so Catching Fire is a little ahead of it’s predecessor.  The movie has made over $300 million worldwide.  Thor: The Dark World was a distant second with another $14.1 million, bringing it just over $167 million.  The Best Man Holiday lost over 50% of it’s surprisingly great opening weekend, bringing in $12.5 million.  The sacrificial lamb of the past weekend, Delivery Man, fulfilled it’s destiny by bombing, coming in fourth with $8.2 million, worse than the openings for both The Internship and The Dilemma.  Free Birds rounded out the top 5 with $5.3 million.  Further down on the list, Dallas Buyers Club expanded wide this past weekend and came in tenth place with $2.7 million.