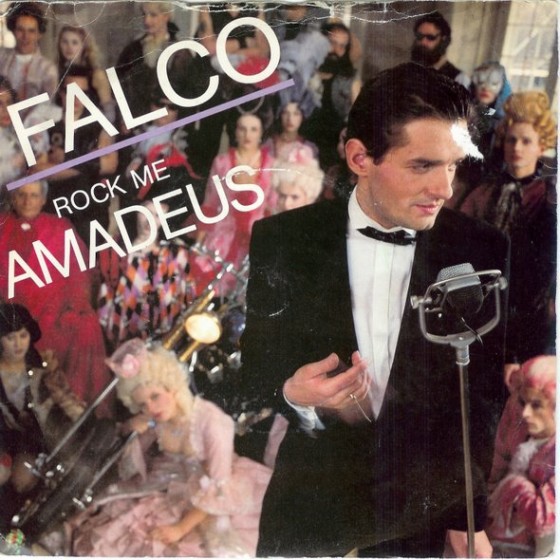 Although, for some reason, it wasn’t featured on the Amadeus soundtrack, Falco’s amazing dance jam, Rock Me Amadeus, was heavily inspired by that Academy Award winning movie.  Debuting in 1985, the German song hit number one on the Billboard Hot 100 and had a ton of remixes and different versions.  The song is about Mozart and his popularity and debts and the music video features Falco taking on the role of Mozart at a party where modern party goers mingle with 18th century party goers.  If you’ve never heard the song, please crawl out from under your rock and listen to it right now.