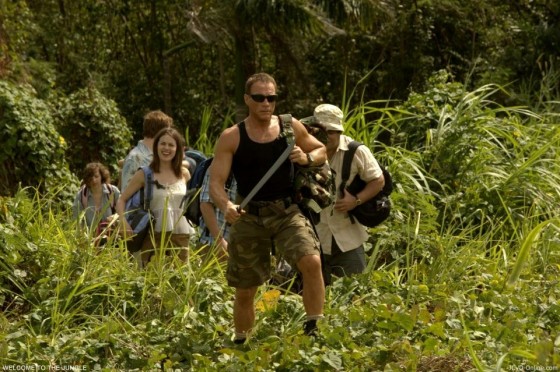 Van Damme takes on his first, full on comedy with Welcome the Jungle, coming in February 2014.   JCVD stars as former Marine, Storm Rothchild, who is hired to lead a group of office workers on a team building retreat on a tropical island but the group is stranded when their pilot turns up dead.  The group quickly devolves into a “Lord of the Flies” style tribe while JCVD spin kicks people and fights tigers.  Rob Huebel, Adam Brody, Megan Boone, Kristen Schaal and Dennis Haysbert co-star, so the cast is stacked.   It’s out On Demand and in limited theatrical release on February 7th and you can check out the trailer below.