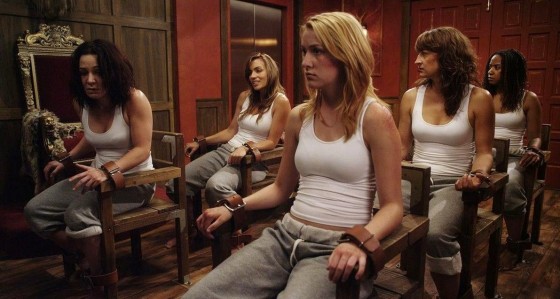 Zoe Bell is arguably the best stuntwoman in the world, having been the double for Uma Thurman in Kill Bill, starring in Death Proof and hanging off the hood of a car and in Angel of Death as a deadly assassin.  She’ll be co-starring next year in the vicious looking Raze, as one of about a dozen women captured by a mysterious man and forced to battle to the death for the amusement of rich on-lookers.  If the women don’t fight or get killed, their families will be killed as well.  Doug Jones co-stars as  the MC of the fights and Rachel Nichols is Bell’s way too enthusiastic nemesis.  The movie is out in theaters and VOD on January 10th and you can check out the trailer below.