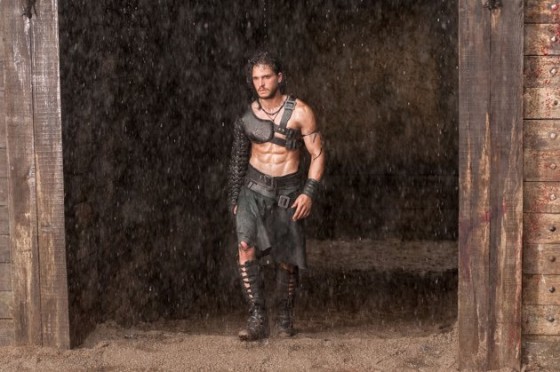 Paul WS Anderson is taking a break from throwing zombies at his wife in slow motion for an epic set in Ancient Rome with Pompeii.  The first full trailer is out with Game of Thrones’ Kit Harrington stepping into the role of gladiator Milo, who battles in the arena in the hope of earning enough money to buy his freedom and marry the daughter of his master, Columba.  On the day his fellow gladiator, Nigellus, is forced into a seemingly unwinnable fight, Columba is sworn to marry a corrupt senator and, just when things can’t possibly get worse, Mt. Vesuvius erupts, engulfing the city in destruction.  It seems suitably epic and kind of takes Gladiator and mashes it up with the romance/disaster of a Titanic.  It seems like it could be a solid, fun epic action movie, although next year is going to be jam packed with them.  It’s out in February next year and you can check out the full trailer below.

The Two Faces of January Trailer