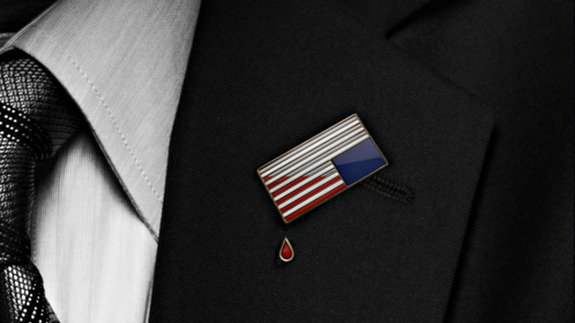 Netflix’s most critically acclaimed series is back next Valentine’s Day with another 13 episodes and Netflix debuted a new teaser trailer.  Kevin Spacey returns as ruthless politician Frank Underwood, who blackmailed, lied and even killed his way to the Vice Presidency.  With his new power comes new enemies and the big plot of the new seasons seems to be people slowly learning how involved Frank was with congressman Peter Russo’s death (the answer: very involved).  The acting looks as great as the first season with Spacey and Robin Wright especially turning up the ruthlessness to 11.  The first season is streaming right now on Netflix but you can also get it on DVD and Blu Ray, so get caught up and then hit up Netflix on 2/14/14 for Season 2.

One Nation, Underwood on Season 5 of House of Cards (Trailer)

Beasts of No Nation Trailer