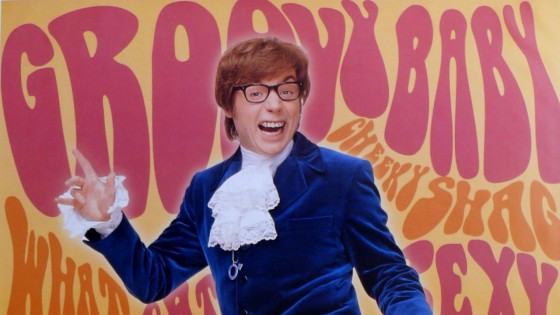 Much like the Bond movies it’s parodying, the Austin Powers movies have usually had at least one song tied to each of them and actually share an artist with the Bond franchise, Madonna did both Die Another Day and Beautiful Stranger for The Spy Who Shagged Me.  Every also obviously knows the “Austin Powers Theme” but did you know it’s actually called “Soul Bossa Nova” and it’s by Quincy Jones?  Check out all the songs from Austin Powers series below.

“Austin Powers” by The Wondermints

“What the World Need Now” by Burt Bacharach

“Just the Two of Us” by Dr. Evil and Mini Me

“Hard Knock Life” by Dr. Evil and Mini Me

“Daddy Wasn’t There” by Austin Powers

“Work it Out” by Beyonce