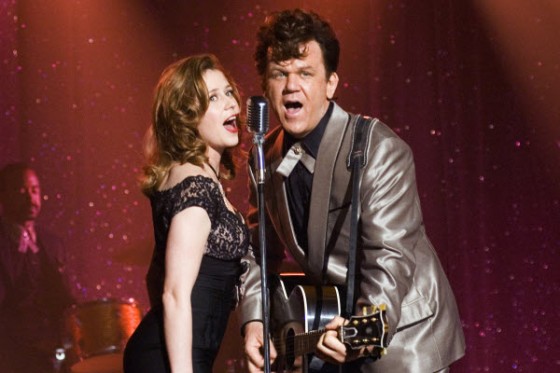 One of the most underrated comedies coming out of the Judd Apatow factory was 2007’s Walk Hard.  At it’s simplest it was a parody of Walk the Line, the Johnny Cash bio-pic with Joaquin Phoenix and Reese Witherspoon but Walk Hard went further than the Johnny Cash stuff and became a parody of the entire history of Rock & Roll, with John C. Reilly’s Dewey Cox transforming himself and his hit song throughout the decades and running into everyone from Elvis, The Beatles, Buddy Holly, Jewel and more.  All of the songs in Walk Hard are pretty much perfect as well in that they are hilarious but also extremely catchy and could probably pass for “real” songs if someone wasn’t paying attention.  Check them out below.

“Cut my Brother in Half Blues”

“There’s A Change a-Happening (I Can Feel It)”