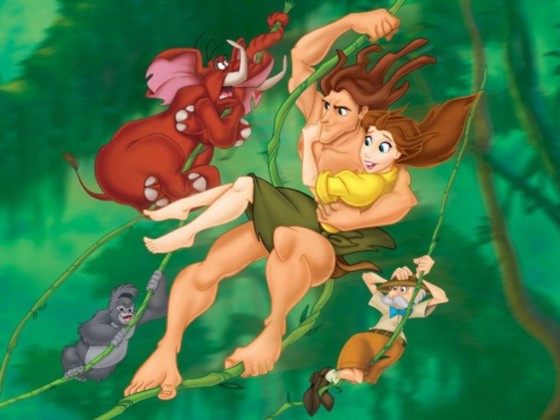 When Disney created their new take on Edgar Rice Burroughs, it was the last movie of the 90’s “Disney Renaissance” before they entered a slump that they only just recently pulled themselves out of with movies like Tangled, Wreck It Ralph and Frozen.  For the soundtrack, Disney tasked Phil Collins with writing and performing most of the songs on the soundtrack and he delivered the Oscar and Golden Globe winning song, Grammy nominated  “You’ll Be in My Heart” along with a bunch of other songs that you can give a listen to below.