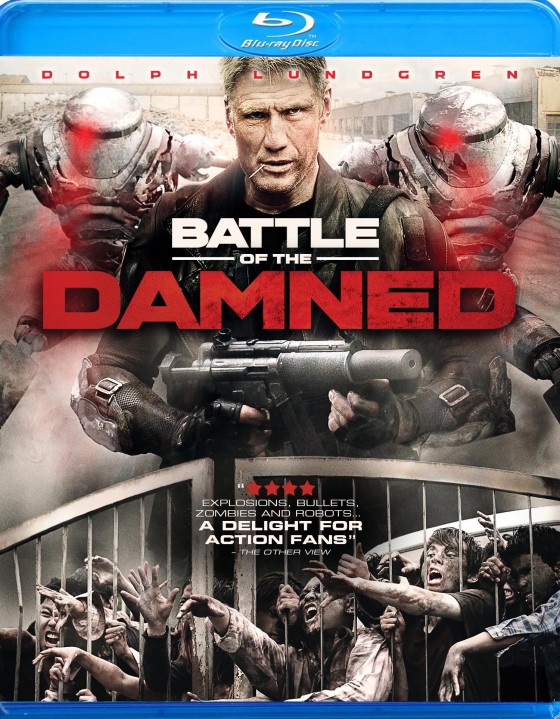 A movie featuring Dolph Lundgren, zombies and robots seems like a wonderful fever dream but it’s actually happening this week when Battle of the Damned arrives on DVD and Blu Ray.  Check out the official plot synopsis below:

When a deadly virus is accidentally released into a major city, its population is quarantined bymilitary blockade. And for a wealthy industrialist desperate to rescue his daughter from insidethe rabid chaos, his only hope is former commando Max Gatling (Lundgren). Now Gatling hasone day to bust in, blast through hordes of the undead, find the girl, and hunt for a way to getthem both out alive. But will a small band of survivors and an army of killer robots turn hismission into maximum slaughter? Matt Doran (The Matrix) and David Field (Chopper) co-star inthis intense action shocker that TheActionElite.com calls “awesome badass…one of the craziestmovies of Dolph’s career and arguably one of his best!”

We have two Blu Ray copies of the movie to give away this week, courtesy of Anchor Bay.   You can enter by sending us a message on any of the following and you have until Friday at 11:59 PM EST to enter (Also it’s only open to US residents, sorry):

Battle of the Damned Trailer