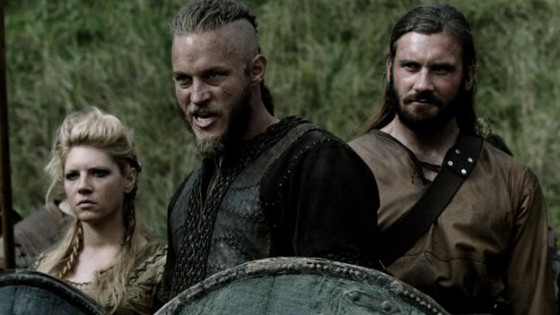 For their first scripted series, History Channel delivered Vikings, which was a great PG-13 alternative to say, a Game of Thrones.  The show follows legendary viking, Ragnar Lothbrok (Travis Fimmel), who discovers a way to sail west from the the viking shores and arrives in England,  Leading raiding parties, Ragnar and his crew uncover massive amounts of riches, which draws the ire of Earl Haraldson (Gabriel Byrne).  Ragnar defeats Haraldson in combat and becomes the new Earl but his troubles are just starting as he has to deal with rival earls, the viking king, Horik, and his jealous brother, Rollo (Clive Standen).   The fight scenes on the show are great and it also does a great job of showing how strange and vicious viking society was.  Check out the recap video below and get ready for season 2 on Thursday at 10 PM EST on History Channel.