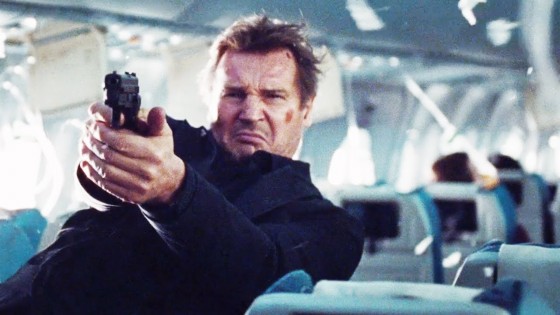 If there’s one man who could stop both The Lego Movie and Jesus, it’s Liam Neeson and Non-Stop took the top spot at the box office this weekend with $30 million, up from both Unknown and The Gray and did about as good as other recent action movies like Olympus Has Fallen.

Son of God, the History Channel’s test to see if people will pay for what they already saw free at home, was a success as well, with $26.5 million and besting a lot of the recent Christian themed movies like Fireproof and Courageous.

Lego dropped down to third with $21 million and has crossed over $200 million total.  The Monuments Men and 3 Days to Kill rounded out the top 5.

Pompeii collapsed like the city it’s named after by falling from third to seventh with only $4.3 million and it hasn’t even crossed $20 million yet.  It cost over $100 million to make.

With very little fanfare, Anchorman 2 returned with it’s new R rated cut in over 1,300 theaters but only made another $1.3 million.  It was beaten by the Miyazaki movie The Wind Rises, which expanded to 500 theaters and made $$1.6 million.