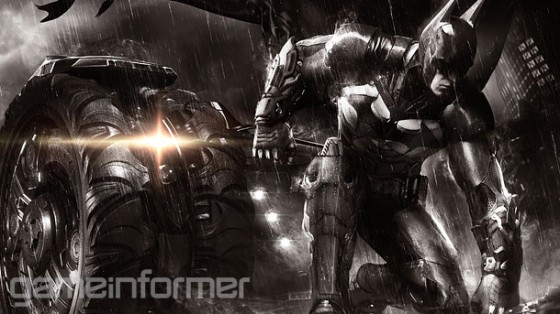 The Arkham series of games has been a phenomenal way for video game players to become Batman, with it’s fluid, brutal combat and open worlds full of side missions and collectibles.  Last year’s Arkham Origins was a bit of a letdown as it was pretty buggy and not from the original team at Rocksteady but now we’ve learned that they were working on the series finale, Arkham Knight.  Scarecrow is the main antagonist this time and he’s assembled a team of rogues that includes Two-Face, Penguin and Harley Quinn.  It’s not clear if it takes place after Arkham City but, if it does, then Harley especially will be out for blood along with the other criminals.  The big addition this game is the chance to finally drive the Batmobile on the streets of Gotham and the Rocksteady designed car looks like an awesome mashup of the Tumbler and more classic Batmobiles.  The game will most likely be out this fall and you can check out the cinematic trailer below.