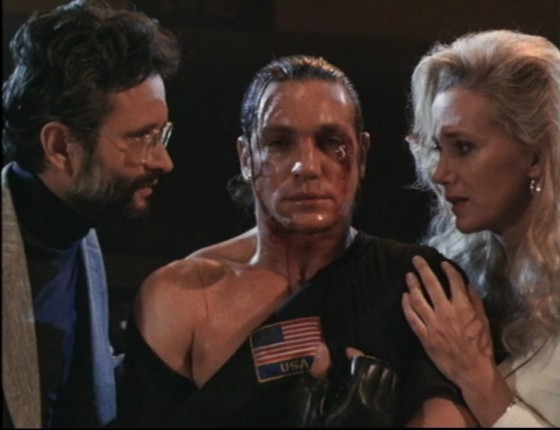 The personal favorite martial arts movie of The Iceman, Chuck Liddell, and also one of our favorites here at Everything Action is Best of the Best.  Starring Eric Roberts, Chris Penn et al as the US national martial arts team, they are up against South Korea in an international grudge match.  With the coaching of James Earl Jones, the team doesn’t technically win but they win the greater battle of earning the Koreans respect.  As you might expect, there’s training montages and other sequences that lend themselves to cheesily awesome 80’s music, like the title track, Stubblefield & Hall’s “Best of the Best”, which you can listen to below.