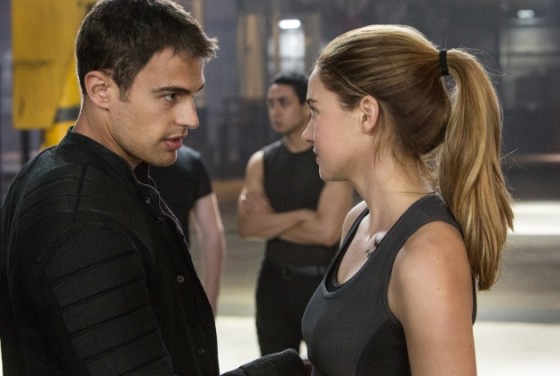 Although it didn’t come close to topping The Hunger Games, the latest challenger to it’s dominance, Divergent, had a fairly strong debut with $56 million.  It was also off from the Twilight movies but the dsytopian future romantic adventure was way more similar to the Hunger Games.  It had solid reviews and good word of mouth as well, so it should stick around for a bit and most likely cross at least $100 million.

Muppets Most Wanted, lacking the hype of the first movie that brought the Muppets back, was down pretty significantly from it’s predecessor with $16.2 million.  The Muppets made $29.2 in it’s opening weekend in 2011.  There aren’t a lot of family releases in the near future, so it should stay in at least the top 5 for the next few weeks.

Speaking of family films, Mr. Peabody and Sherman dropped from first to third with $11.7 million and has made over $80 million total.

300: Rise of An Empire took fourth place with $8.7 million and should cross over $100 million this coming weekend.

In a shocking fifth place was the Christian drama God’s Not Dead, following the footsteps of random 1 week Christian wonders like Fireproof and Courageous.  In 780 theaters, the movie made $8.6 million.  It got a boost from having a popular Christian rock band and Duck Dynasty cast members featured.

The Grand Budapest Hotel continues to expand and move up the charts.  Coming in seventh this weekend at 304 theaters, the movie has made $12.9 million and is expanding wide this coming weekend.

Battle at the Box Office 4/7