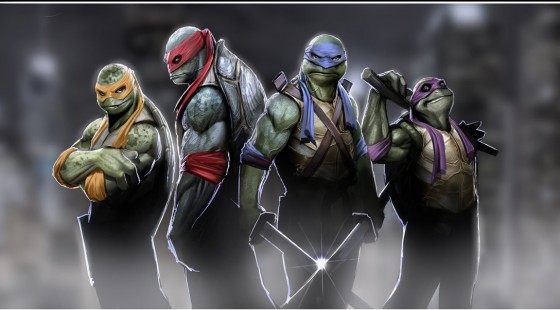 After tons of controversy and leaks, Platinum Dunes’ remake of the Ninja Turtles finally has a trailer and, there’s not much Turtle Power in it.  With a voice over from Shredder (played by William Fichtner) it’s implied he and April O’Neal’s (Megan Fox) father were responsible for the creation of the Turtles, to fight some sort of growing evil in the city.  There’s some brief glimpses of the Shredder armor and the turtles themselves, who are totally CG with some uncanny valley faces.  Some of the action looks like it could be fun but it all just feels off and trying to hard to be “gritty” and “edgy”.  IMHO, if you want possibly the best Turtles story ever, go check out IDW’s fantastic on-going comic book.  The movie is out in August and you can check out the trailer below.