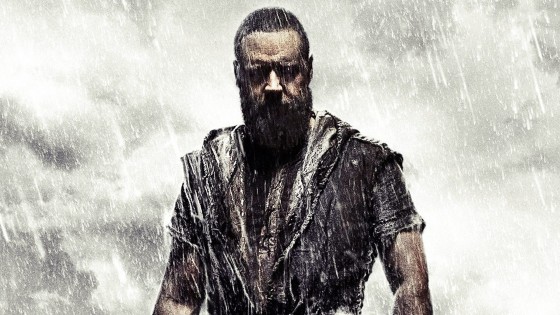 Despite some controversy and delays, Darren Aronofsky’s Noah hit theaters this past weekend and easily took the box office with $44 million, the best opening ever for Russell Crowe and Darren Aronofsky as lead actor and director.  Some people may have been bushwacked by the crazier elements because it got a relatively low rating from audiences coming out of it.

Divergent dropped down to number 2 with another $26.5 million, bringing it just shy of $100 million and it had a slightly less steep drop off compared to The Hunger Games.

Muppets Most Wanted was in third with $11.4 million putting it at $33 million and it will probably considered somewhat of a failure by Disney as it will probably just make back it’s budget of $50 million.

Mr. Peabody and Sherman and God’s Not Dead rounded out the top 5.

Although still huge to us and action fans, general audiences seem to be not on board the Arnold comeback train, with Sabotage being a disaster and one of the lowest, if not the lowest, opening ever for Schwarzenegger.  Only making $5.3 million and coming in seventh place, it was worse than both Escape Plan and The Last Stand from last year and it’s the lowest opening since Red Sonja.

Grand Budapest Hotel went wide and took sixth place with another $8.8 million, the best weekend ever for a Wes Anderson movie and it’s made $24.5 million in total.  Also going wide was Jason Bateman’s Bad Words, but it didn’t generate a lot of interest, coming in 13th place even though it expanded to another 755 theaters.

Battle at the Box Office 4/7